We are a couple formed by Bea and Raúl, animal lovers in general and cats in particular. We live with three cats Norwegian Forest Cat. We are going to present them, the oldest is Orbea Artemisa * DE (Orbi). who comes from very good lines, such as Ar Voud, Tigressans's, Oba, Gomorran's, Colosseum's, Felis Jabatus, Flatchard's, Artemis and to Polaris. We have a pretty solid black tortoise, Indrani Bosques del Zar * ES (Ani) is cousin of our Orbea, and she share its lines, but by the mother lines as Vent du Nord, Dunderkatten, d'Hibernia, Lailoken and The Cachouteba. Buda Bosques del Zar *ES is a beautiful male, who also has a silver color that we love. With it we completed the lines that we like to keep up with the classical line, such as Makaranta, Blue Tanis, Av Tyssedal, Zygot's, and many others. All three have excellent behavior, they are very cuddly and loves to be with people, they like to play, receive and give affection, tolerate children ... they are true loves.

Our intention in the near future is to make our contribution to help improve the breed. 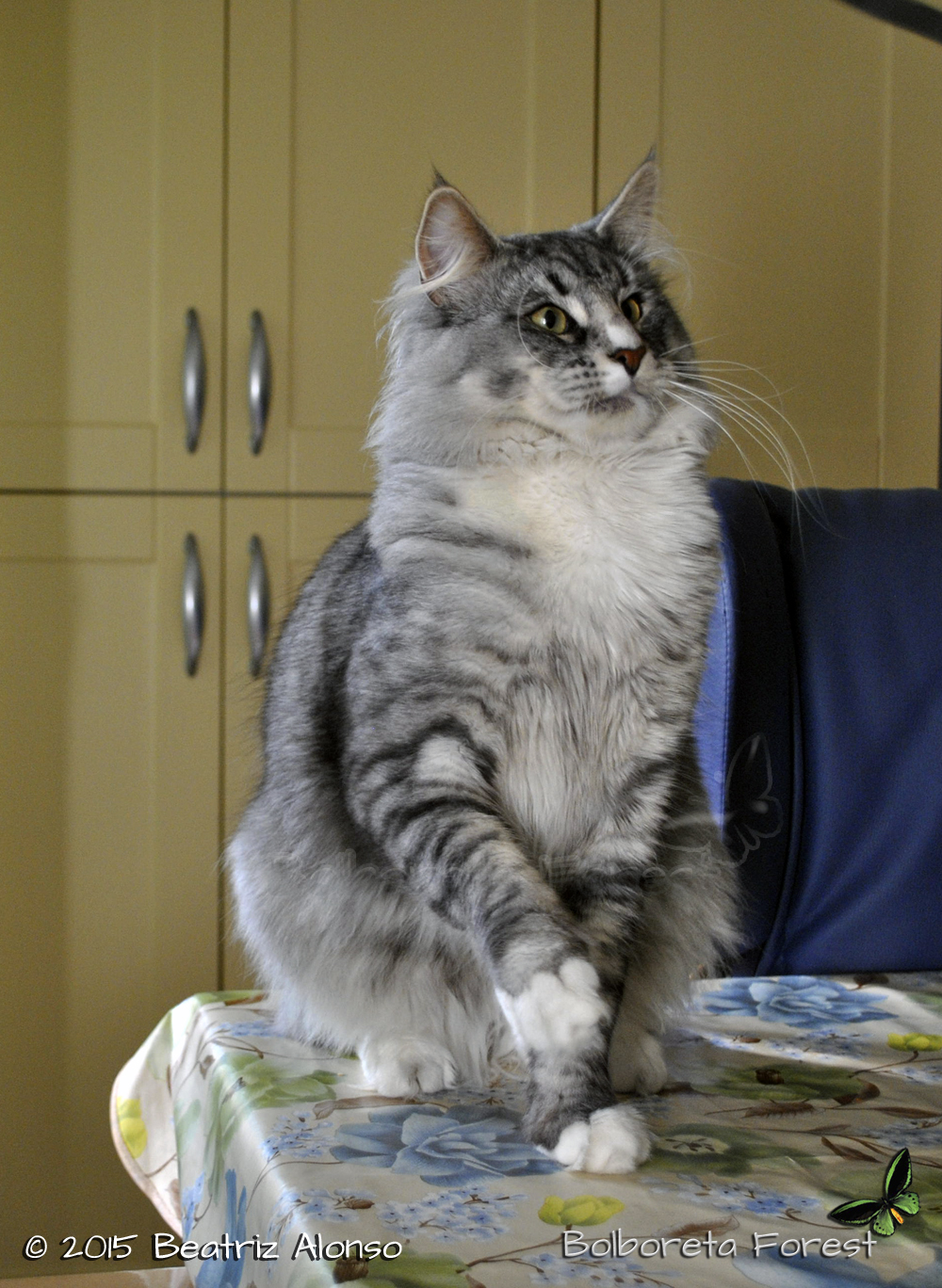 First and foremost, we are responsible of the challenge submitted to us, so we studied feline genetics, anatomy, diseases, both general and specific breed care, food, etc.

The first cat with which we live, for 18 years came into our lives Ulises, he had less than a month old. From the beginning we had to feed him based on baby bottles and he still with us today, with his character cuddly and a little jealous, grumpy little old already, but lovable. Thanks to him we have learned much about cats, but we know that's still not enough. He is to blame for that cats are an important part of our lives and ultimately, guilty that we made this decision and take up the challenge of breeding Norwegian Forest.

However, we have taken the first steps, we affix BOLBORETAFOREST, TICA registered with the number 22545 (11/04/2011), we are the partner IberTICA No. 28 Cat Club, TICA charter club in Spain and we are the partner Central TICA No. R-1797. We are also members of the WCF, with registered cattery BOLBORETA FOREST No. 2145-2012, are members of CFM, being the member n º 1955, and having the affix n º 611 CFM. We are also members of the club The Viking Cat Club with No OO 359, club on the Norwegian Forest and void of Felis Britannica, association feline clubs belonging to FIFe, our cattery is FIFe, we belong to the Felis Britannica, and its number is: FB CR 000276. Although we belong to all these feline associations, our pedigrees processing is performed with the Viking Club, so we adjust to the FIFe breeding rules. In addition we have joined to the Vereniging Noorse Boskatten - Norwegian Forest cat Asociacion, an association that struggles to maintain the standard of the Norwegian Forest cat at its original form. 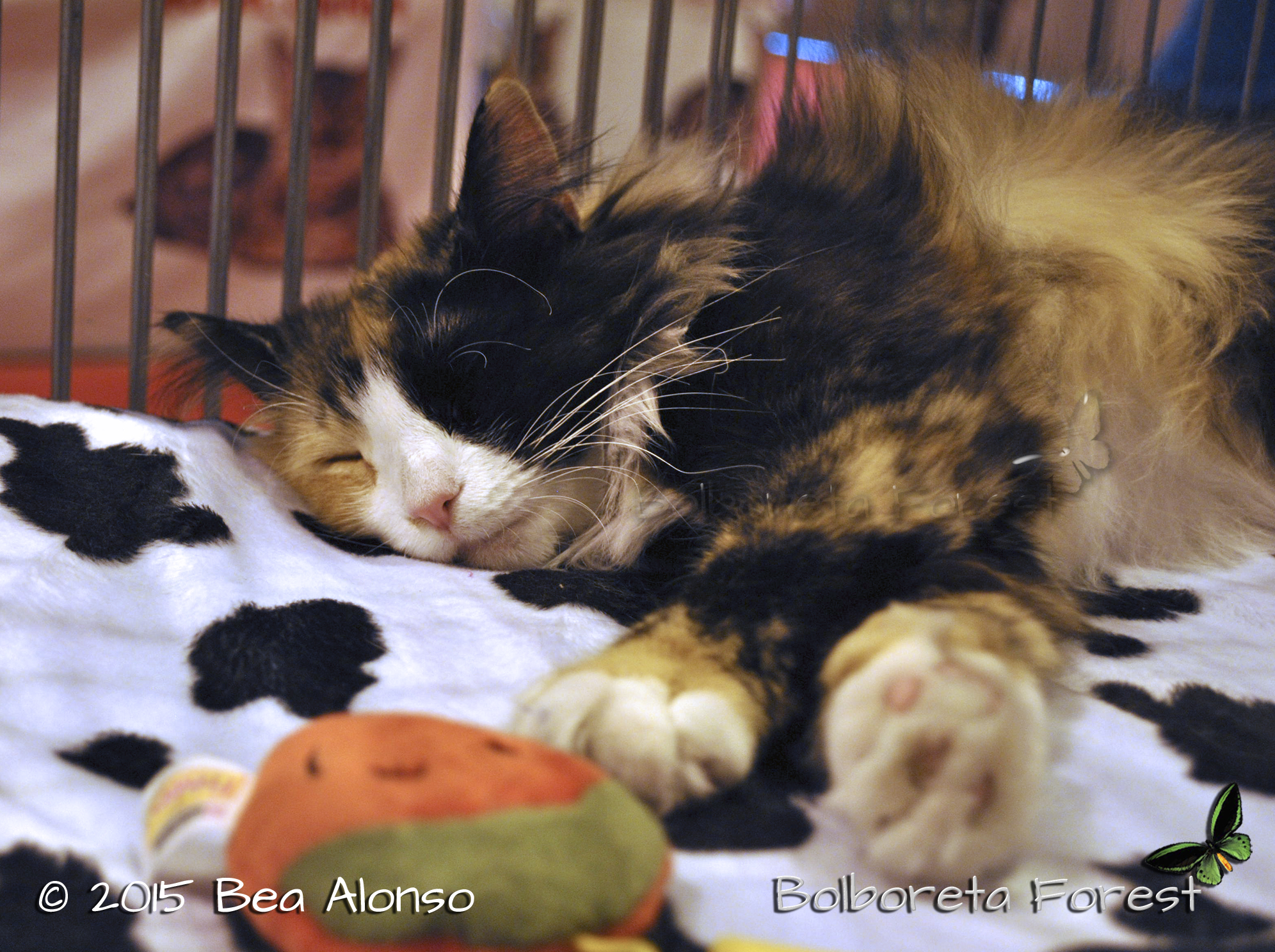 We also approved the first two grades of Paw Peds, known as G-1 and G-2, whose full titles are: "G1 - General Course 1 - Cat ownership" and "G2 - General Course 2 - Cat Breeding for Beginners". You can see the contents and the list of approved worldwide here: G-1 and G-2.

Bolboreta is a Galician word, means butterfly. It is the word we like most Galician, since one of us have ancestors Galician and is one of its two mother tongues. We were looking forward to our future kittens take that word in its name. Do you want to know why we have choosen this name? Please, see here. 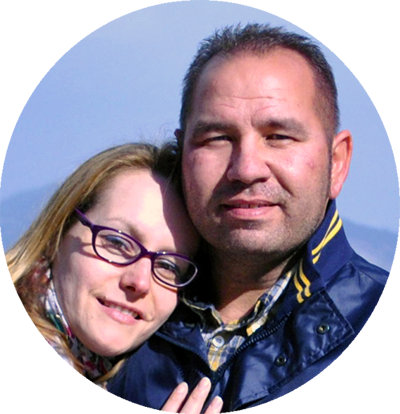 We hope you enjoy our cats as much as we do, welcome.