Our Ulises has traveled to Rainbow of cats. He was nearly 19 years, nearly 93 human years, a real little old man. It could take no more, he has been sleeping, calm and relaxed. Now you're catching butterflies and grasshoppers and at the same time resting in your favorite garden forever. Thank you for these beautiful years grumpy. We'll never forget you. 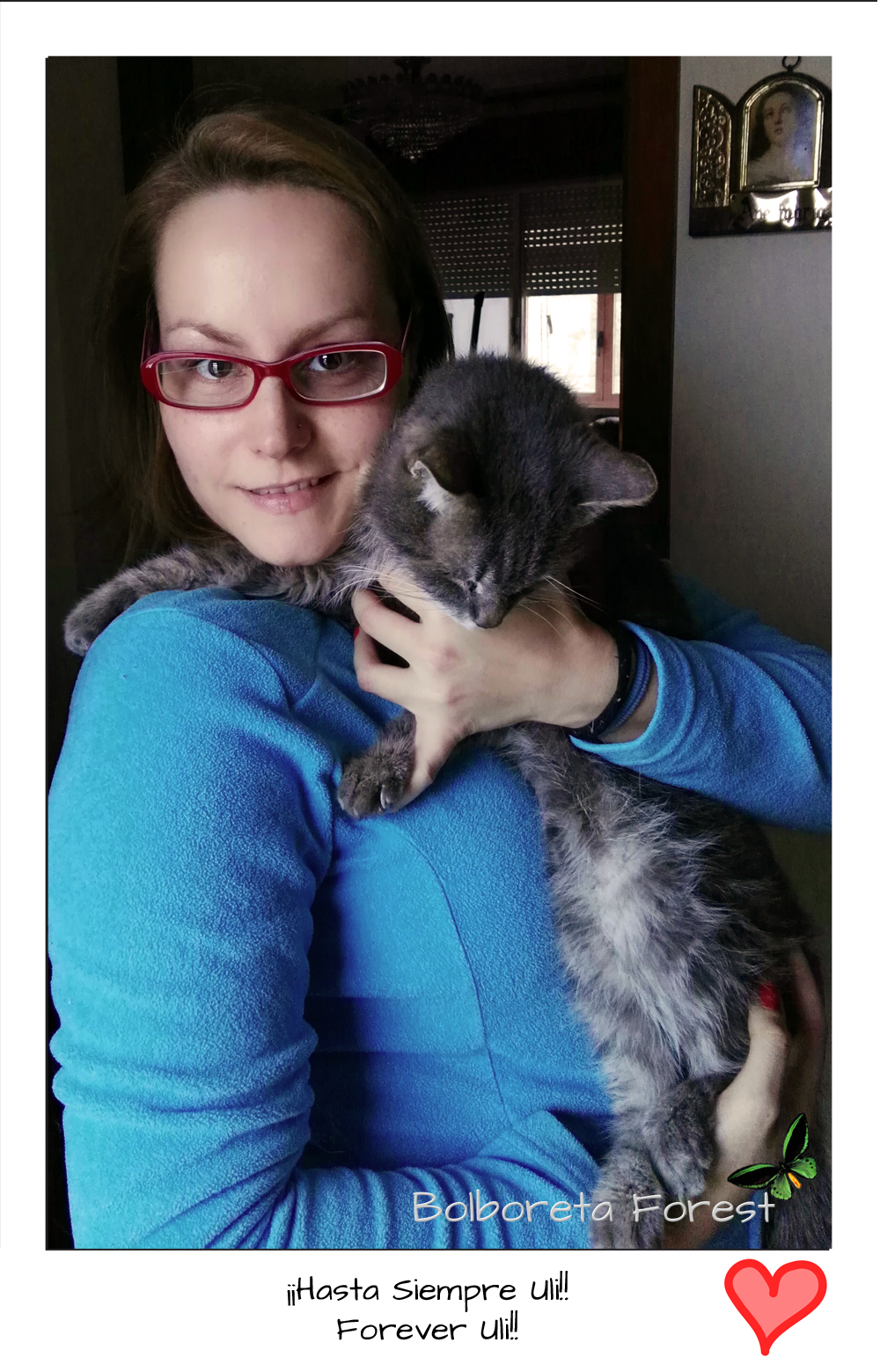 We have also lived with Ulises, he is what is known as "House Hold Pet". In 1997 I managed to convince my parents to have a cat at home, was the kitten of a litter of unwanted breed Persian cat and one male stranger. When we went to choose it, wanted one male, one gray hair ball barely a month old began to climb my pant and purr like an engine, was male. So several days later, the ball was home. We had to bottle feed him (how swallowed the bichejo), teach go to the litter box ... We find the problem that he was (has always been) shortly socialized. With family has always been very dependent and advocate, a charm, but with outsiders ... a demon. He is the culprit the cats we have stuck to us forever.

With Orbea he did not get along very well tolerated, but if he could he bit an ear or paw caught him when he thought we were not looking. He has been the king of the house for 16 years and is not willing to lose his throne.