How do you define and describe the standard of Norwegian Forest Cat?. For this, in 1990 the Danish club Norsk Skovkattering published in its magazine Huldrekatten, the article written by the FIFe Judge Jette Eva Madsen (owner of DK* Felis Jubatus) entitled "Appearance Norwegian Forest. A Forgotten Trait. " Written in Danish, has been translated to English by Birgit Hartof, editor of Huldrekatten, into Spanish by Alexis Castro and into French by Marc Peterschmitt and it has been translated into German by Eva Ewald.. We have also followed the standard recently published by Andrea Duerinck (http://www.verenigingnoorseboskatten.be/) in 2015 (Thanks Andrea for your kindly help). She has been an independent judge for 25 years, and is currently working on writing the standards of all breeds in Belgium.

In the article were defined very well some of the characteristics of Norwegian Forest cat, which we will detail along with other general standard of the NFO. 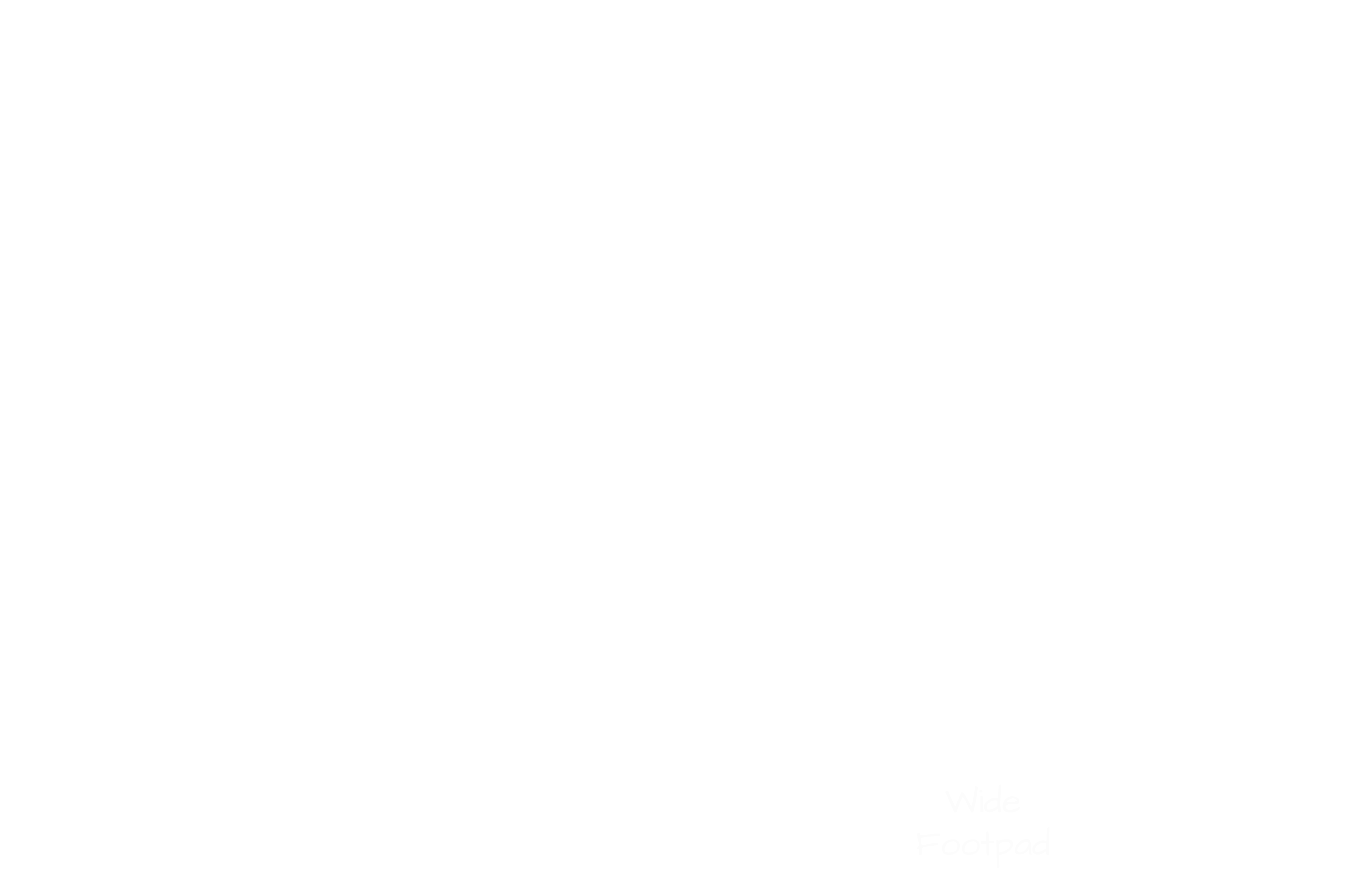 Figure 1: Ideal Drawing of a Norwegian Forest Cat, inspired by the original property of Alexis Castro. Described body parts and some of its characteristics regarding coat (fur).

The size of the Norwegian Forest cat is medium/large, bones and robust, strong constitution. It is muscular and body is long and rectangular. The paws are solid as the body has big round plants in accordance with the whole skeleton. It is a cat that may take 2-3 years to fully develop, so it is slow to mature, so it should be considered slow development and evolution, both in body shape, as in his coat. It has a wild appearance. 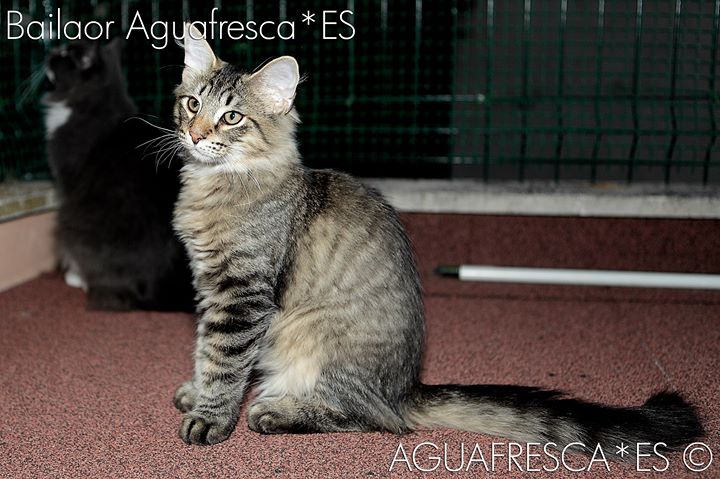 Figure 2: Bailaor Aguafresca * ES. You can see the massive paws.

The back legs are longer and higher than the front, which helps it jumping, running and climbing with ease. Its appearance is that of a provided, firm, strong, solid and muscular cat.

Males are larger, weighing between 6 and 8 kilos, females are usually smaller.

Figures 3 and 4: Right: Túrin Beruthiel Forest * ES - Left: Hrívë Beruthiel Forest * ES. Norwegian forests males with the body robust, showing the typical structure seen on; the hind paws are longer and higher than the front ones, footplants wide, round, and have rectangular trunk.

The head is one of the most important parts. It is robust and its size is consonant with the body. It has the shape of an equilateral triangle, that is, the 3 sides are the same, from ear to ear, passing under the nose . The eyes should are within the line of the triangle sides by touching with them. 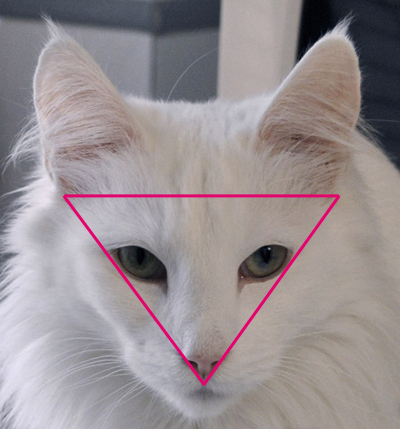 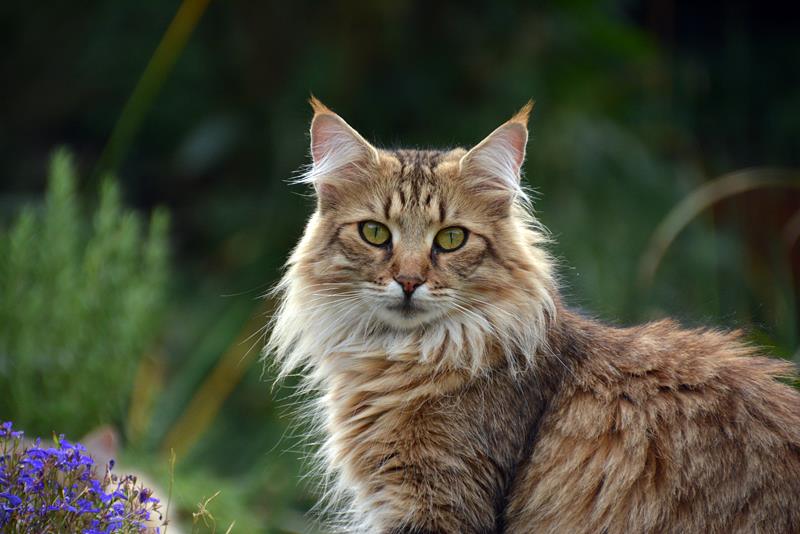 It has a long and straight profile, no "stop" or break straight line, high and rounded forehead, and a strong and prominent menton, or chin, aligned with the upper lip. At present there is a tendency that the profiles are getting longer, which breaks with the proportion of the equilateral triangle, and may affect the robustness of the chin, changing the shape of the skull.

Be careful with the weak chin and very long profiles, as those can produce equally weak jaws. These appear tucked inward profile from chin to cheek, and this effect is known as "Pinch", as can be seen in Figure 6:

According to the article "The NFC Expresion - A fotgotten traid" in its page 3, it says that "all cats nose long have roughly pinch Best triangular head shape for NFC happens when it have a minimum of pinch. "so that all have some pinch NFO. Sometimes when cats activate the muscles of the muzzle where the whiskers or vibrissae are supported, can give the impression that the cat has pinch, so you better palpate bones of the nose and jaw to be sure.

Nor should we find such a strong chin that this causes to be below the lower jaw forward of the upper, causing the bite is unbalanced and lower teeth go ahead superiors.

You can see how the front is longer than the nose, and crown is between the ears. The forehead is flat at eye level, but nevertheless is rounded between the ears, as can be seen in Figures 9 and 11.

As for the nose, should be what is called "rounded nose", the wings of the nostrils with its lower edge can be inscribed in a circle, while when it is somewhat smaller, no longer bears proportion.

The eyes are large and open, slightly oval and oblique. The top and bottom lines of both eyes are a curved line without straight lines. The eyes are not sunken into the skull, and their placement is such that the distance between them roughly corresponds to the amplitude of an eye.

Any form or eye with different distance between them, is not a correct eye.

The ears in the Norwegian Forest cat attend several milestones. One is the placement in the skull, placing their cavities, how wide is its base, the shape of the tip, tilt forward profile views, the depth of the cavity of the same and finally the length.

As for placement in the skull, should continue equilateral triangle shaped head straight following the line of the chin, cheeks and the outer profile of the ears, there should be no break in the line. Failure to follow the line, are typically placed very high and makes an angle to horizontal.

However, it is common to find higher locations of the ears, giving one aspect of "common" cat. In this situation the ears break line from the chin, appearing a horizontal line, as shown in Figures 25 and 26:

Are recently appearing Norwegian Forest with a placement of ears too low in the skull, giving an image of Oriental cat, this placement is not correct:

It should also meet placement view from above, where they should be oblique from the nose outward, as seen in Figure 27. A horizontal placement too is not correct (Figure 28).

The base of the ears is wide, as shown in Figure 29, while a narrow base is not desired (Figure 30). Should be broad at the base, and should be covered with hair everywhere, which will make them look slightly smaller than they are (and for that reason, during the summer, those forests that lose hair winter looks which have larger ears).

The ears should preferably be vertical, ie, seen in profile, the ends should be placed upward, not forward over its eyes.

The depth of the cavity of the ear is something important too, must be commensurate with the size of the base, must be profound, as shown in Figure 32.

The tips of the ears are pointed, not have a rounded shape, as illustrated in Figure 34. 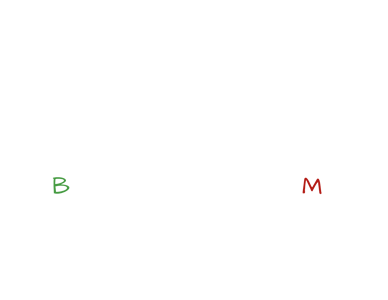 Figure 39: Possible forms at the tip of the ears.

The length is measuring the ears from the base to the tip. In how much of what should measure, it is not said anything in any official standard. Perhaps we should think about the cold weather in which live this race, and the logical is to believe that there has not extremely long ears, to prevent heat loss and freezing them, as Edith Uhía has said at one time, breeder of Jakobusland *ES. As the latest craze to take NFOs with increasingly long ears that seem Oriental cats is not the real image they would have in nature, and perhaps should try to avoid.

We must note that it's known as "Rule of Allen": a biological rule postulated by Joel Asaph Allen in 1877, this rule says that the size of the bodies of warm-blooded animals vary in size depending on the external temeperature. In cold climates they tend to have smaller appendages to expose as little as possible cold and prevent further loss of heat, and in warm places tend to be larger as no matter how much appendix exposed to climate temperature. This can be checked with a cup a plate and hot water. If poured into a dish an amount of water, and the same amount in a glass, if you let it wait an hour and you measure the temperature of the plate and the glass, you will see that the dish has cooled much more than the glass as water dish has more surface water exposed to the outside environment, so the animals have to belittle their appendages, like ears, depending on climatic zones they live. A very illustrative example:

The ears Norwegian Forest have hair, we have said that should be covered by the mantle at the base, everywhere, but also has short hair at the tips, triangular, called tuffs, brushes, plumes or "Linx tips "and hairs sticking out it side and inside the ears that cover, preventing these freeze ahead, as you can see in the picture 44. 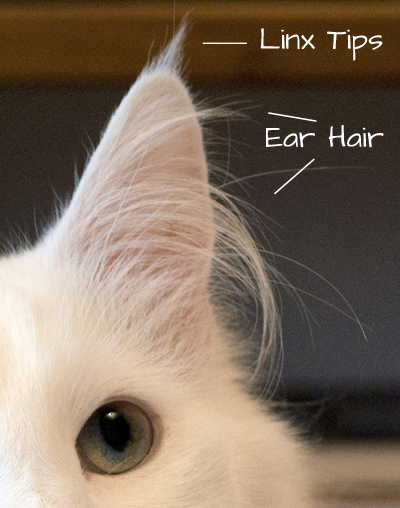 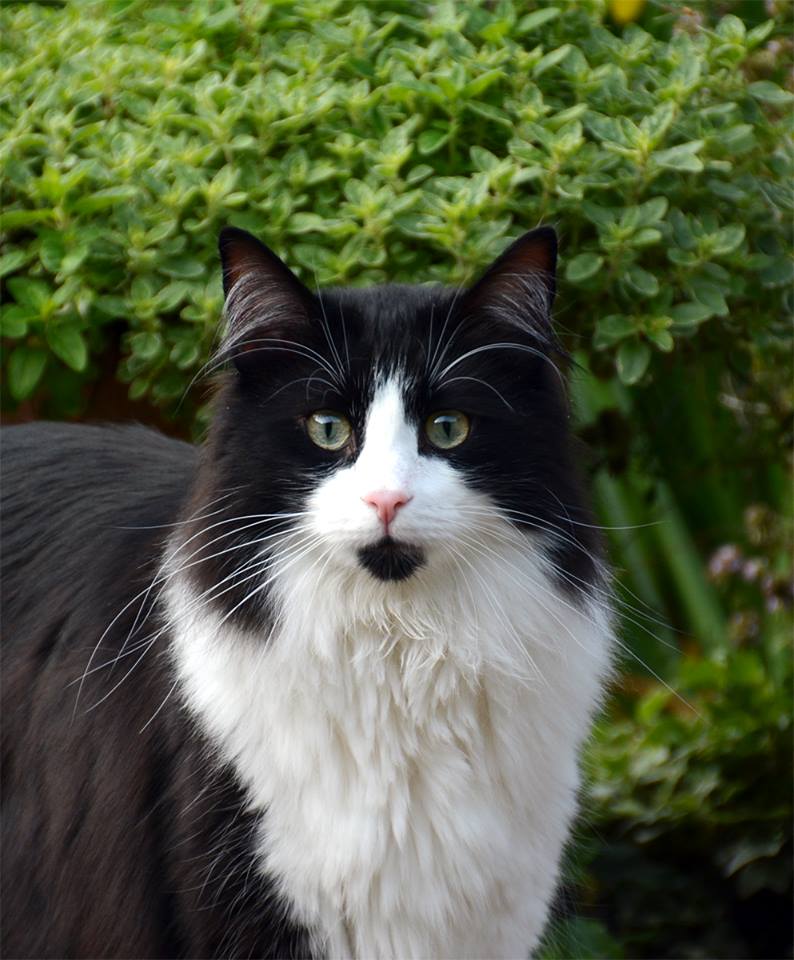 Figure 45: Forest of Norway without Tufts on the tips of the ears.
(Domino v.Tim-Est * From author: Eva Ewald).

The tail is as long as the body, should reach shoulder height, or "cross", but is larger better. It is bushy and has guard hairs. They are long, strong and flexible, slightly oily hair. This is where the Norwegian Forest holds all the coat, either in winter or summer.

The Norwegian Forest Cat is a acclimatized to (the Scandinavian area) cold areas race. As we have said, is semi-long hair, and in the warm seasons (spring-summer) loses much hair. To prevent loss of heat in the harsh winters, has developed two layers of hair, internal, or undercoat, woolly touch and fluffy, which keeps the heat, and an outer layer of longer, thicker hair and oiled it are waterproof guard hairs

The hair grows in winter covering it entire body, but has a number of areas where it grows longer and is characteristic of NFO. The collar, covering the neck from ear to which completely covers, down the back to the sides and front, falling chest so it looks like the front paws out of it without being in the body . The skirts or pants, which is curled hair that hangs from the rear legs as if carrying pants hair, it hair hanging trunk as skirts, tail, heavily bushly, and also has tufts of long hair between fingers of the legs. 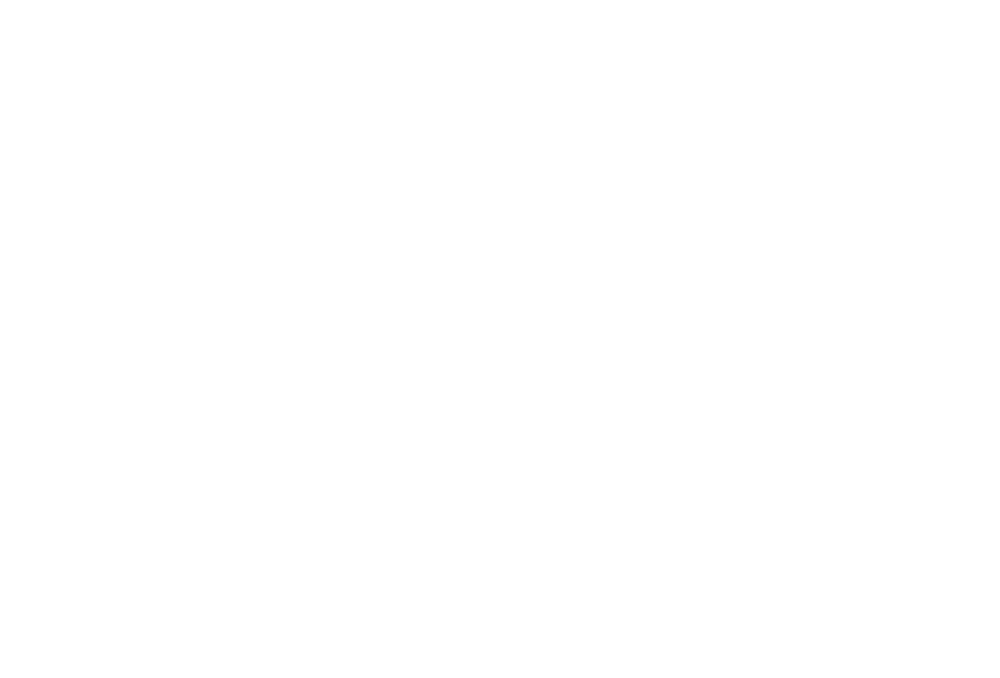 Figure 46: Drawing of the characteristic parts of the coat of NFO.

The hairs between the fingers of the footplants can protected from the cold: 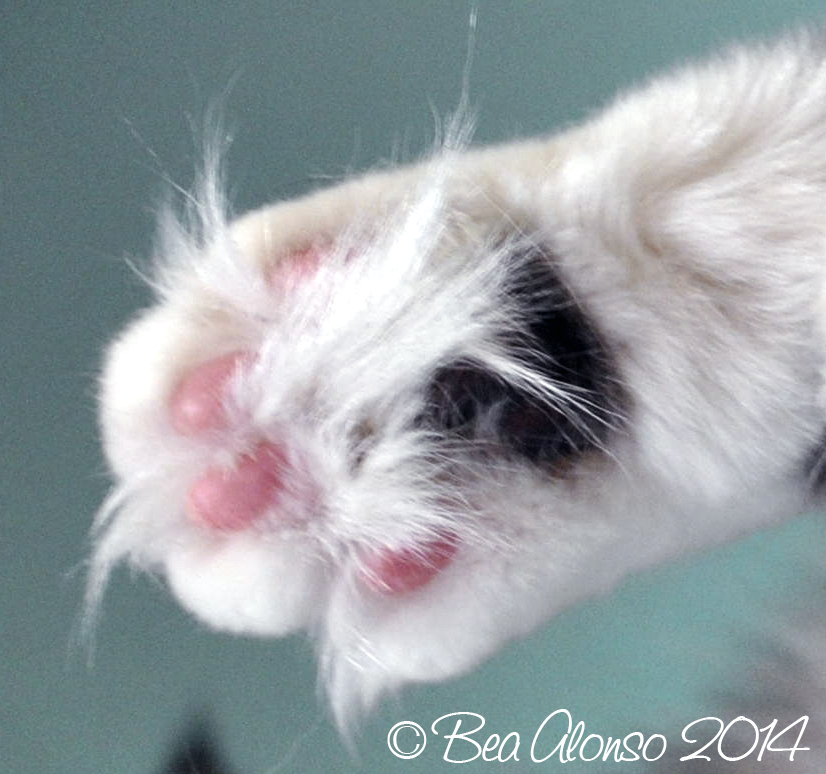 Figure 51: View of the hairs growing between the fingers of the footplants.

To know the history about the Norwegian Forest Cat, how it has now become a recognized breed in most feline of International Federations, Dora Antoniu, breeder of Elvenstar *GR, has made this magnificent video in English:

We appreciate the assistance provided by our friends. Without them, explanations, help, photos and this article would not have been possible:

The drawings are inspired by those made by Jette Eva Madsen, at hers publication "The Appearance of Norwegian Forest. A Forgotten Trait. "1990, and in a drawing owned by Alexis Castro (Blind Love * Ar), but they have been hand redrawn by me, scanned, vectorized and edited for publication in the article. Use with reference to this place.